We have worked out a walking route that links 16 historic churches from Minster in Thanet to Folkestone, via Lyminge.  We are calling this the Royal Saxon Way as it highlights a number of churches and former abbeys founded by queens and princesses during the Anglo-Saxon period. St Mildrith in Minster and St Eanswythe in Folkestone were both related to our own St Ethelburga. We have walked the route but we are looking for volunteers to test it further. 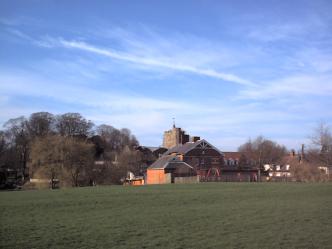 We need to consider the practicalities and logistics of walking the route from end to end or in sections, and think about what guidance needs to be created if we are to promote this further.

If you are interested in trying out some of this route, please contact us through the reply box below.

The Royal Saxon Way – Part one

Pathways to the Past is very fortunate to now have a volunteer who is already trying out the walk we are hoping to incorporate into the array of projects we wish to complete after the archaeological dig has taken place. Philip Blanch is a very keen walker, having recently completed the Bluebird Trail which was set up in the Dover area to promote its history. 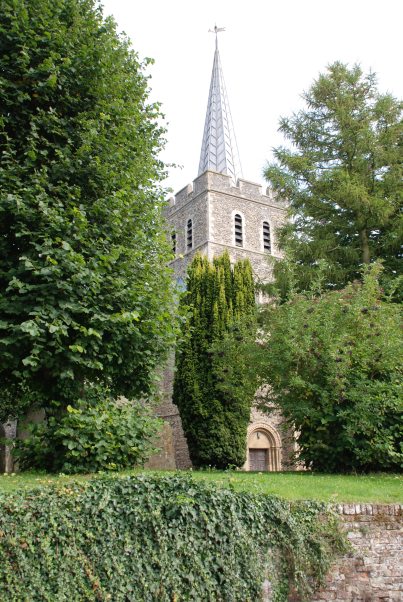 During September he walked from Minster-in-Thanet end of the proposed route, by driving to Littlebourne and then catching the number 11 bus to Minster. Having arrived in Minster just before 11.00am and having found the Abbey, he discovered there was a free guided tour by Sr. Benedict, which was a great start to the walk and provide a great understanding about St. Mildred and the presence of the Abbey in Minister. This was the perfect start to the day.

He headed off at midday to actually start the walk, a little later than planned. Philip followed the map of the Royal Saxon Way but he reports that the footpath along the Stour was temporarily closed due to installation of new electricity pylons; the work being due for completion this November. Happily Philip was able to find a short-cut around the obstruction. 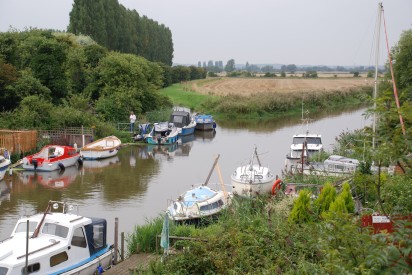 He walked to Plucks Gutter, stopping by the river for a picnic lunch. Just before his break he saw a Kingfisher skim over the Stour which he said was a great sight. 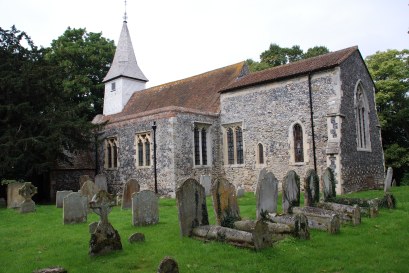 Continuing on the trail he arrived at Stourmouth and visited the church with its lovely box pews. The deviations from river Stour were worthwhile as he was able to explore the hamlet. He then continued to Preston, enjoying the walk along the river and spotting a significant number of swans enjoying the river. 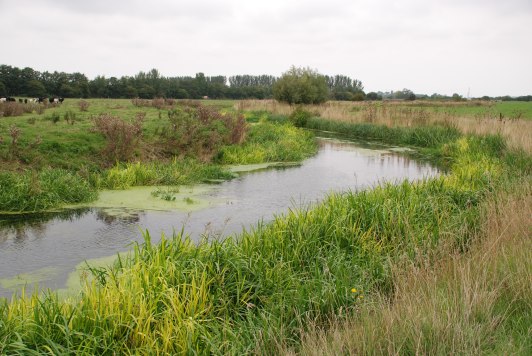 At Preston he followed the path shown, hoping to visit the church at Preston Court, which unfortunately was not open. However, a wedding at the adjacent Farm House was a great distraction! 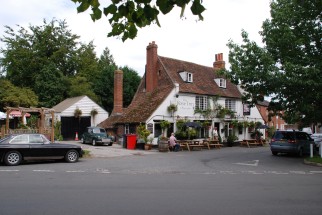 He had passed through Wickhambreaux on the bus but returning on foot enabled him to explore the village streets which have some lovely architecture with period properties. 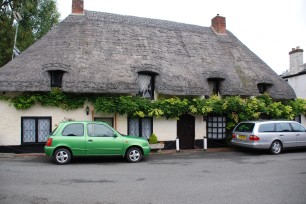 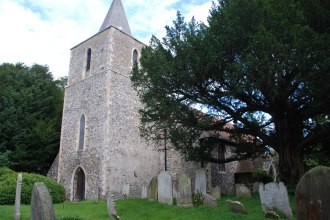 Philip completed this stage of the Royal Saxon Way arriving in Littlebourne at just before 5.00pm to watch the football match on the green – a pleasant end to a wonderful day. 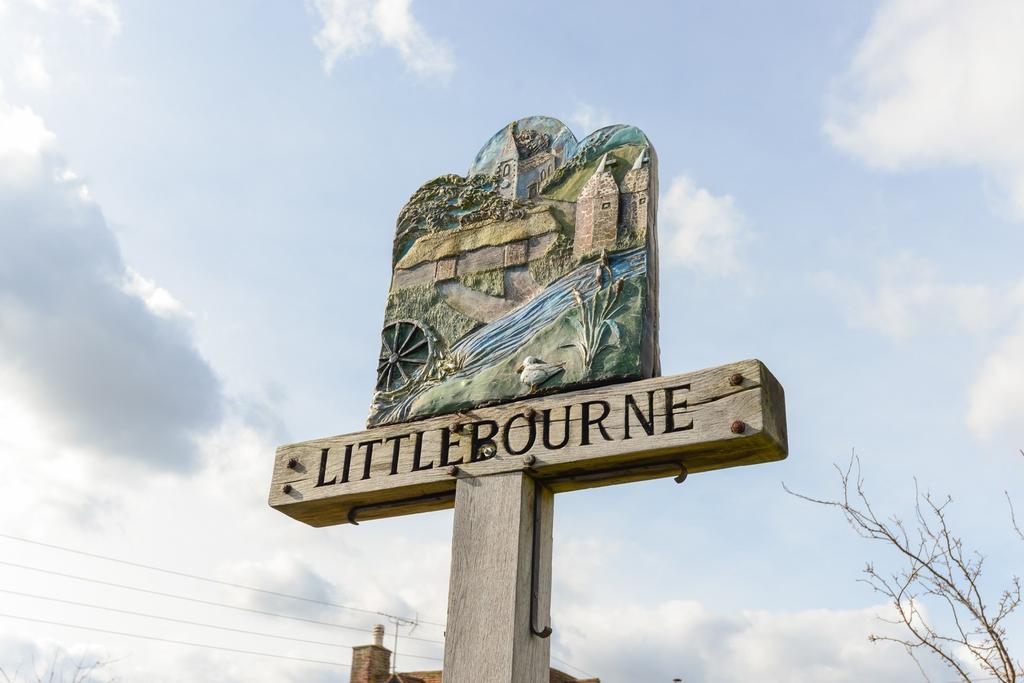 To conclude, Philips reports that the completed section is a great walk and that being able to walk along the river was lovely – and unusual locally. 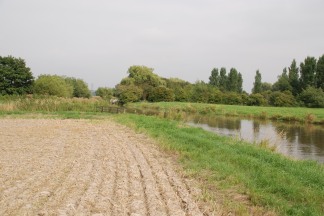 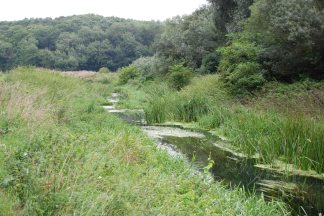 Using the bus was a great way to take a walk on a linear route rather than having to find a circular route. The walk has a feeling of a Pilgrimage with the churches on the route and Philip is looking forward to further exploration. Philip’s walk could have easily been split into a number of sections, allowing more time to explore each of the villages, using the bus to get back to Littlebourne or to Canterbury and then back to Lyminge.

Philip has just walked the ‘other end’ of the route, from The Bayle in Folkestone up to Lyminge, . This took him just over 3 hours and 11 miles, but he is quite a fast walker and did not stop much on the way!  Please look out for his account of his walk which he says was a lovely walk and a complete contrast to the Minster end, being a mix of urban walking through Folkestone, Sandgate and Cheriton, the coastal aspect of Folkestone and Sandgate to the rural setting of the Elham Valley Way and of course the railway line.

If anyone else would like to ‘test’ the Royal Saxon Way, all or part of it, please use the contact box and we would be very happy to provide more information.

3 thoughts on “The Royal Saxon Way; a Long Walk!”