After a break of something over 900 years, the Anglo-Saxon church once again saw a church service within its walls this evening.  Evensong began with prayers conducted from the chancel.  These were selected from the Ionan tradition with which Queen Ethelburga no doubt became familiar when she was in Northumbria. 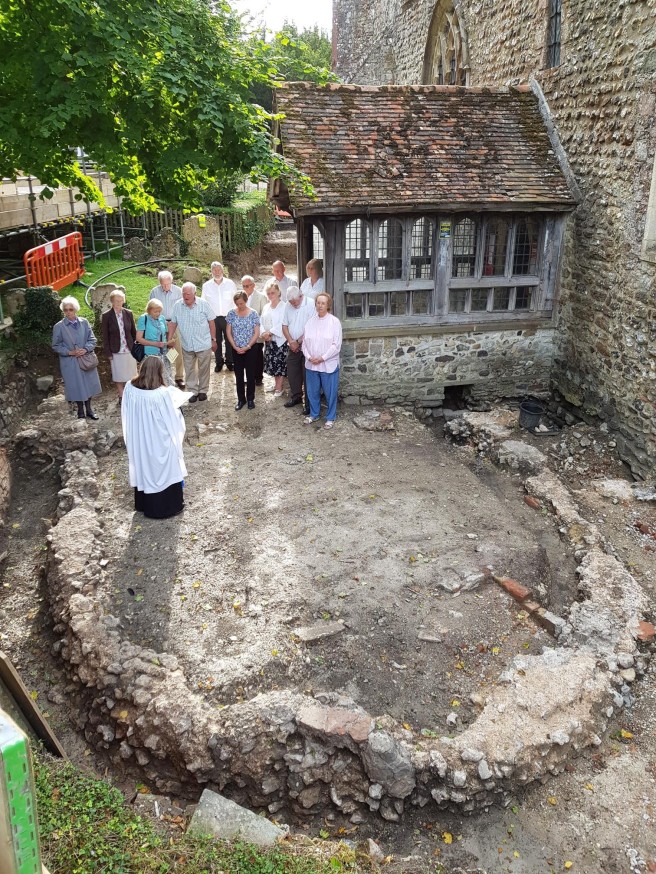 This was a one-off opportunity.  Trowelling starts in earnest in this area tomorrow, so it won’t be available again during the excavation.

One thought on “Putting the church back into use”