It is strange how one can pass something familiar many, many times and not appreciate what it actually is.  So we have the remarkable discovery that the round arch of the original Norman south door to the current church is still preserved in the stone work above the existing pointed Gothic doorway.  You can see the stones clearly to the right of the arch in the picture.  They also appear to the left of the arch, but are behind the beam so not visible in this picture. 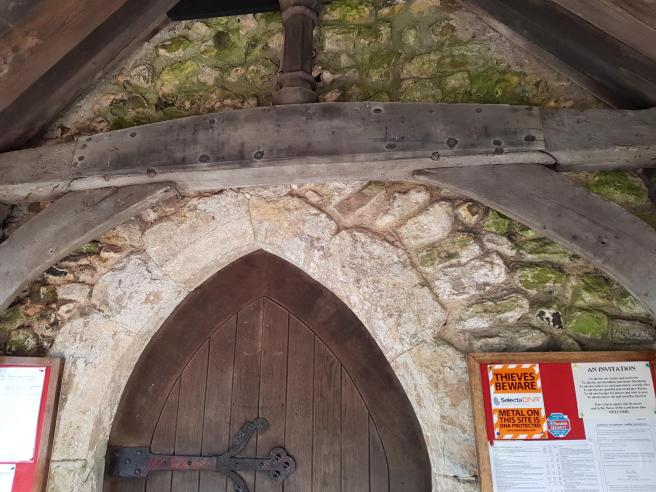 We have begun to take down the floor of the chancel by the cross wall with the nave.  This wall only survives in fragments, one of which is to the right of the picture. 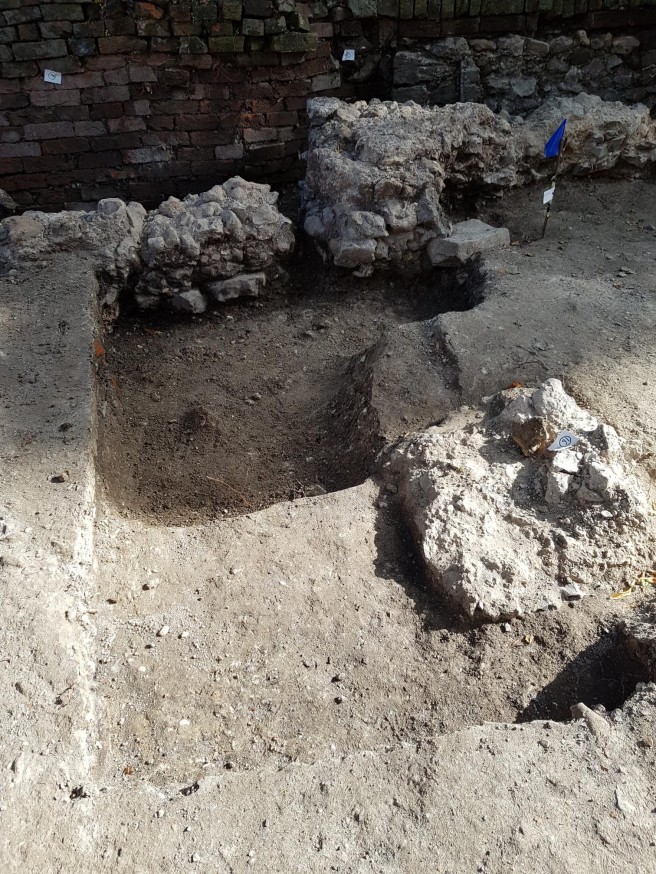 Cleaning around the outside of the chancel apse, we have found several burials.  To the south, there is very little space between the chancel wall and the brick wall to the south retaining the churchyard.  It is not practical to investigate these burials since they are only partially accessible.  At the east end of the chancel however, two burials are fully in view.  The fact that they are right up against the chancel wall and at a fair depth might suggest they are associated with the Anglo-Saxon church and thus early.

Questions remain about what Canon Jenkins did to the west of the porch.  We are now thinking that he excavated very energetically, removing all the ground beneath the Anglo-Saxon nave wall, and also removing a section of the Norman footing of the present church, as well as creating what now appears to be a niche in the wall.  His field notes indicate that he thought the great slab that is now forming the base of the “niche” was an entrance threshold. 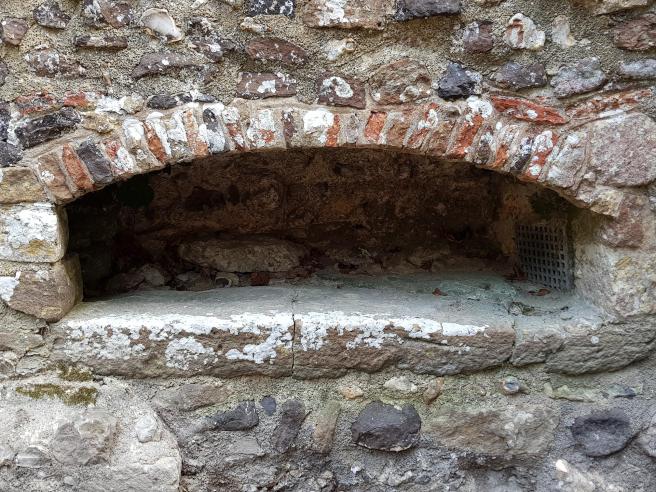 However, there is no trace of any door, and the discovery of the Norman door in the porch would make the presence of a door here unlikely.  The interior of this “niche” is very rough, suggesting that it was not made when the wall was built but hacked out at a later date.  If this is what happened, the brick arch may simply be Canon Jenkins tidying up the hole in the wall that he had made. 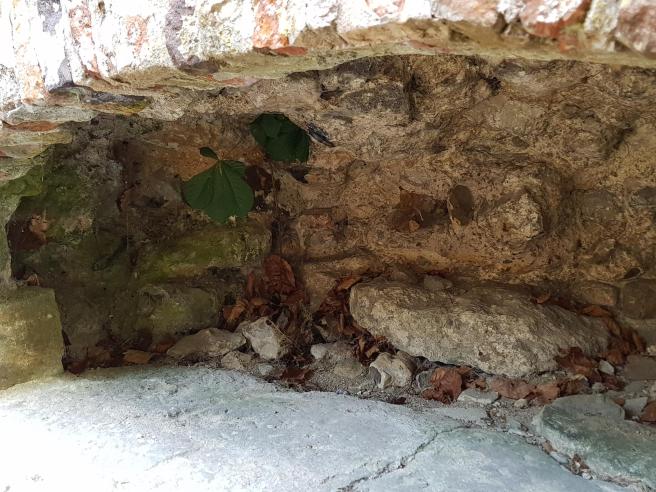 Outside the niche, the Anglo-Saxon wall, to the right of the picture below, appears to be underpinned with later grey masonry and cement.  This appears to be later than the wall above, and the obvious context for such a repair is when Canon Jenkins was exploring this area. 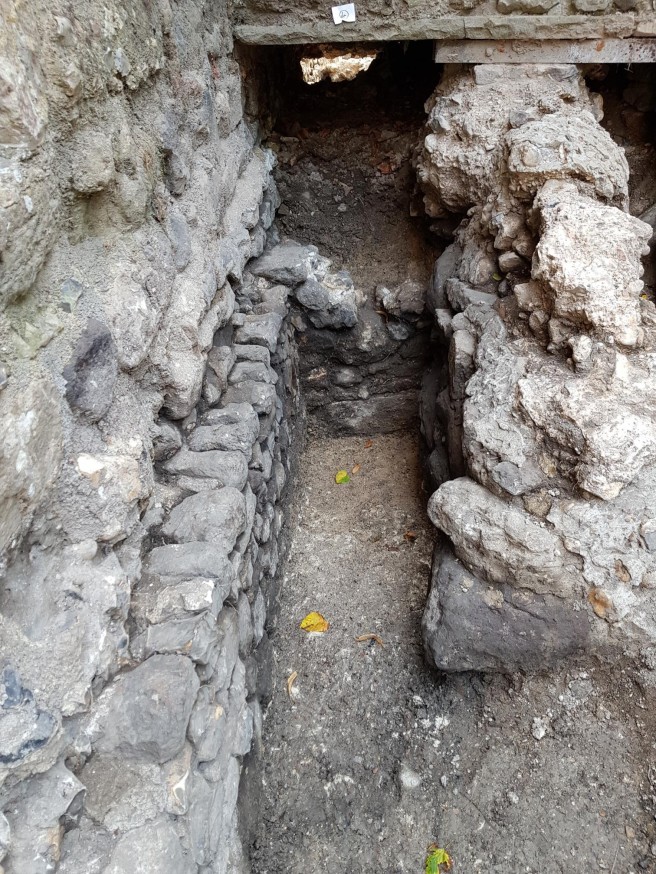 We now think that the rough wall, forming a step at the base of the current nave wall,  to the left of the picture above, and the short wall at right angles, in the upper middle of the picture above, which abuts the Anglo-Saxon wall, are all the work of Canon Jenkins, seeking to stabilise the area after some extensive and deep excavations.

We now have a reasonable view under the porch and we are beginning to wonder whether using the Anglo-Saxon walls to prop up the porch structure is structurally stable, as well as being the best way of conserving the archaeology.  We will need to assess this further with the aid of a structural engineer. 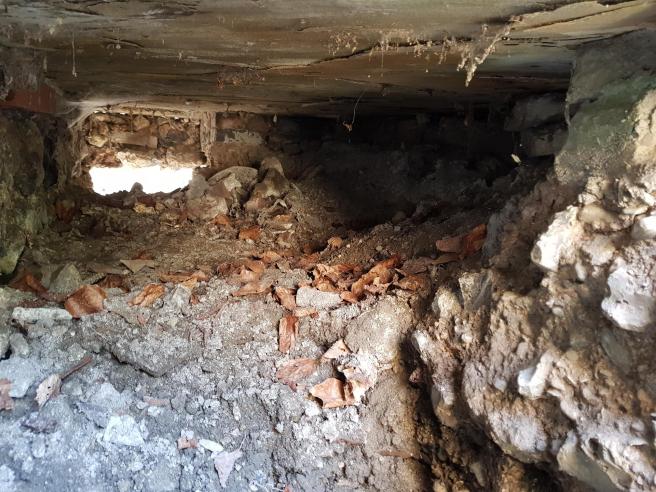 2 thoughts on “Day 15 – A discovery and some questions”