For the first dry site tour since the dig began, it was great to see 55 people crowding the viewing gallery to hear Gabor Thomas explain where we have got to so far.

We are now half way through the dig and we have been thrilled at how much has come to light.  We have found the Anglo-Saxon church and the construction of the foundations with pink mortar made from crushed Roman brick, and the triple arcade separating the chancel from the nave, are strongly indicative of a mid 7th Century date.  The church is a single build with no evidence of additions at a later date.  We know the full dimensions of the church, and we can also see that it had a north porticus (or side chapel), which abuts the south wall of the standing church, matching the location of the tomb of Queen Ethelburga that was described by Goscelin de St Bertin writing in the 1090s.

We have been delighted to find that some of the interior of the church was not excavated by Canon Jenkins and this has given us some undisturbed archaeology to explore.  We are currently uncovering burials in this area.

We have begun to look at the areas both east and west of the Anglo-Saxon church.  To the east around the end of the chancel of the standing church are more burials.  Canon Jenkins described a mass of ancient concrete in this area but we have not so far uncovered anything structural that is particularly unusual or earlier than the Norman church itself.  However, we have found some early pottery that relates to the period when the church was in use, and some that may be even earlier.

West of the Anglo-Saxon church, we have the stump of a wall that so far is completely unexplained.  It does not appear to be linked to the known structure in the Memorial Garden a little further to the west.  There is still a chance of uncovering a little more of this in the trench to the south, but this may not tell us much more than we know at present.  Canon Jenkins found remains a little to the west of this which we may be able to trace, but whether they are related remains to be seen.  There is a possibility that the fragment of wall relates to a second church, built in line with the first, such as is found at St Augustine’s Abbey in Canterbury.  However that remains speculation at the present time.

Finally, here are some pictures of coins that have come off the site.  The silver penny is of Edward I, late 13th or early 14th Century.  The bronze coin is a Roman As, which has been pierced for use as a pendant.  Neither help us to date anything, but they are still nice finds. 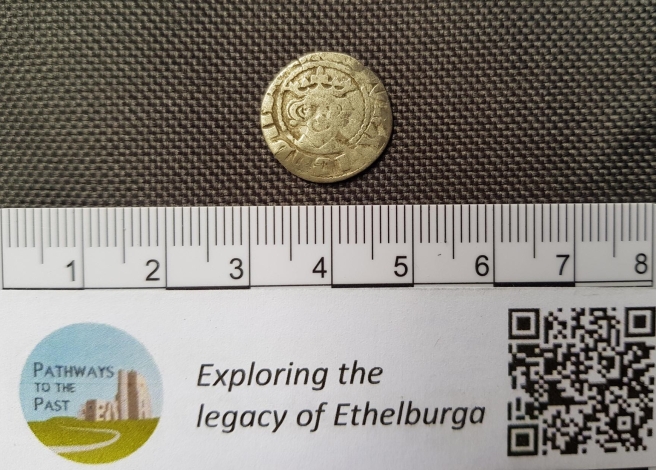 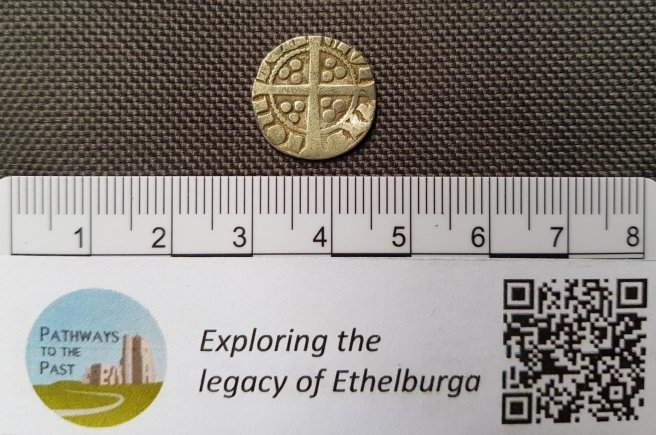 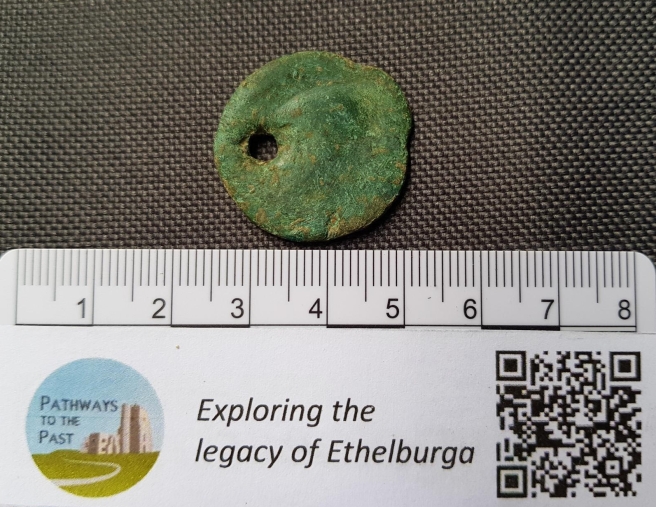 One thought on “Day 24 – Half way through the dig”