We were delighted to welcome Carly Hilts, Editor of the popular magazine Current Archaeology, to the site yesterday.  There is planned to be a short feature in the next issue and then a longer article in the issue after that. 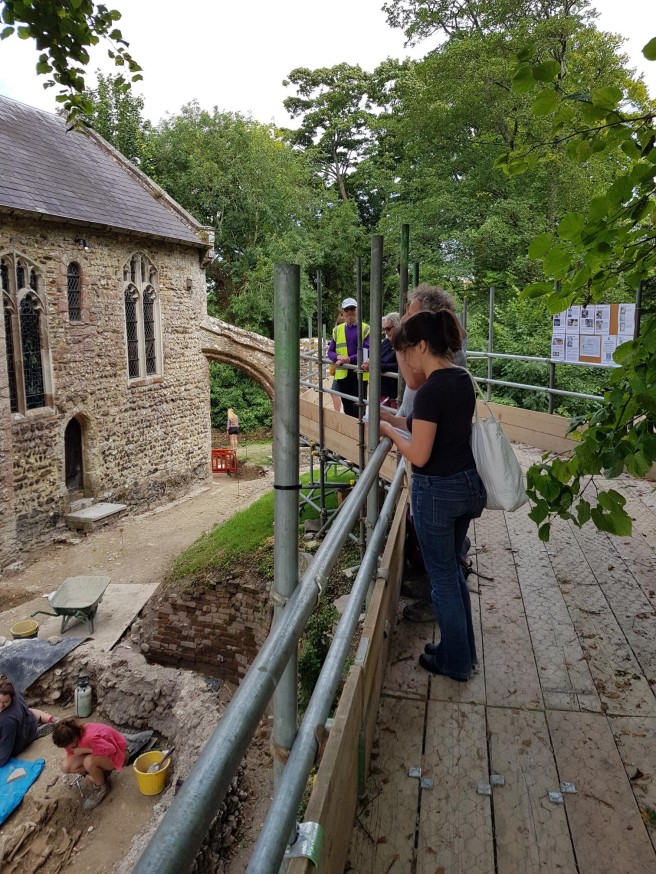 Work continued in the chancel yesterday, excavating more burials including the adult whose torso and pelvis you can see in the picture below.  The graves are closely packed and inter-cut each other, indicating that they were not marked.  This part of the churchyard, close to the standing church, was clearly heavily used.  However, at the moment, it is not obvious that any of these burials date to when the Anglo-Saxon church was standing, and they are likely to be later medieval, associated with the standing church, buried before the porch was built in the 16th century.

We thought that we were going to close down the trench by the buttress but in cleaning up the foundations of the boundary wall today, a cut feature has appeared.  It is not clear at the moment what this is, so further investigation is required. 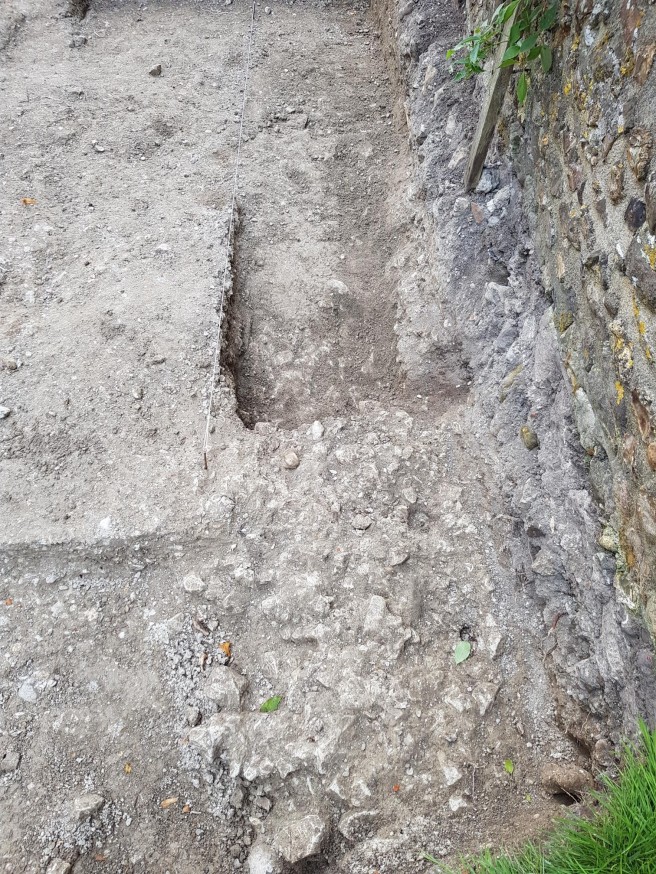 Further away from the church, we have begun to look at the path that leads from the Old Rectory to the church.  Canon Jenkins recorded that there was a structure south of the church, but this is not apparent so far. 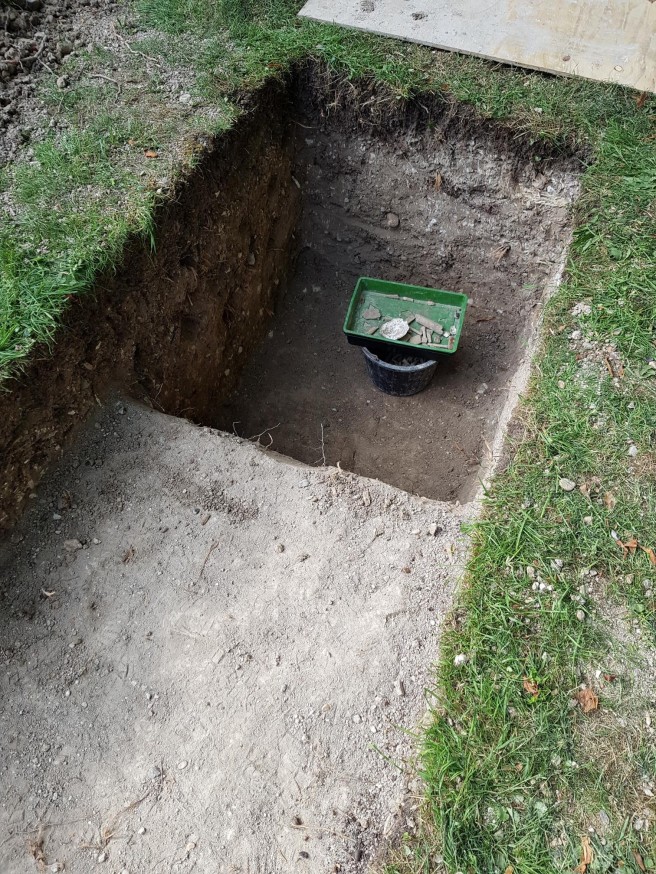 Just beyond the War Memorial, however, we have encountered some post holes.  Again there is not a lot we can say about this at the moment, but we know that Canon Jenkins observed masonry in this area, which was a field known as Abbots Green until after the First World War. 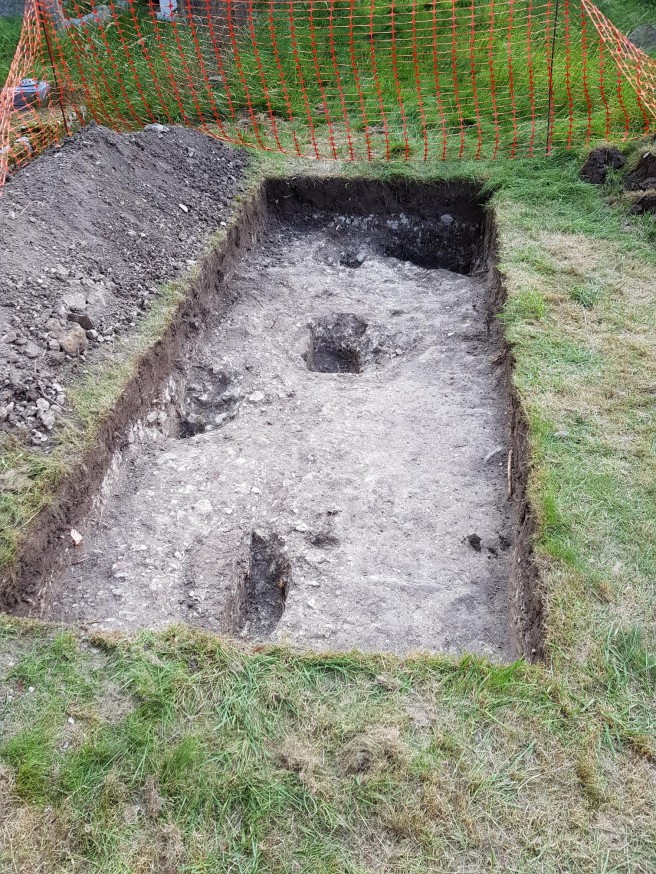 One thought on “Day 26 – Broadening the coverage”