Saturday was a busy day on site and very popular with visitors.  We had the pleasure of hosting The Sutton Hoo Society, who have made a generous grant to our project.  They swelled the large number of locals listening to Gabor Thomas to make an audience of 110 on the viewing platform.  At the same time, there were 131 visitors to our blog on Saturday, principally from the UK, but 48 from overseas including the USA, Australia, New Zealand, France, the Netherlands, Sweden, Norway and Thailand.  We are delighted to see so much interest in what we have been doing in the church yard over the past 6 weeks.

Not everyone on the team was in the church yard this weekend, however.  In York, we discovered a few remaining traces of the city, then known as Eoforwic, that Queen Ethelburga would have known.

We couldn’t resist this lovely view of the west front of the Minster.  Of course, the standing church is from long after Ethelburga’s time, but beneath the Minster lie the remains of the Principia, the headquarters building of the Roman fortress and this would have been standing in 7th Century Eoforwic and would have dominated the city that Ethelburga knew.  It may still have functioned as a building at that time.  One of the walls of the building is on display in the undercroft directly below the floor of the medieval Minster above. 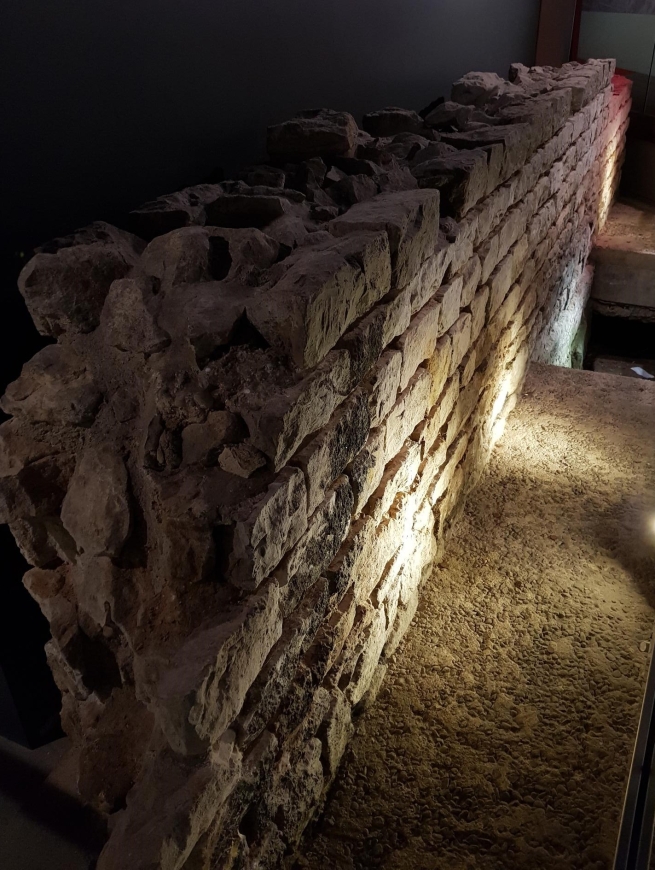 We know that Ethelburga was in Eoforwic in 627 because on Easter Sunday of that year, Bede records that her husband King Edwin was baptised there in a small wooden church dedicated to St Peter that he had had erected for the occasion.  This is likely to have been close to the centre of the fortress, but we do not know exactly where it was.  Subsequently, the wooden church was replaced by a stone one, but the foundation of Eoforwic/York as an archbishopric was interrupted by the death of Edwin at the battle of Hatfield Chase, near Doncaster, in October 633.  Queen Ethelburga fled south, back to Kent with her children and Bishop Paulinus.  The Diocese of York was only restored following the Synod of Whitby in 664, called by King Oswiu, Ethelburga’s son-in-law.  It was at this Synod that the Roman tradition of Christianity followed by Oswiu’s Queen, Eanflaed (daughter of Edwin and Ethelburga), was adopted.

Although it was planned from the outset by Pope Gregory when he sent the Augustinian mission in 597 to convert the English, York did not become an Archbishopric until 735.  Edwin’s stone church was restored, but no trace of this now remains.  The most spectacular remains that were standing in this period in York, and which survive today,  are undoubtedly the walls.  In origin they date back several more centuries as they were first built by the Romans.  They have been much repaired and rebuilt since the Roman period, so there isn’t a lot of masonry surviving that would have been standing in the 7th Century when Ethelburga was there.  But we can be confident that the tower in York Museum Gardens was standing.  The Roman masonry is standing to about half the height of the tower as you see it today.  The Roman stonework comprises the smaller stones, divided by a tile course, forming the flat faces of this originally polyhedral tower.  The wall above, made of larger stones with arrow slits, is the result of medieval repairs. 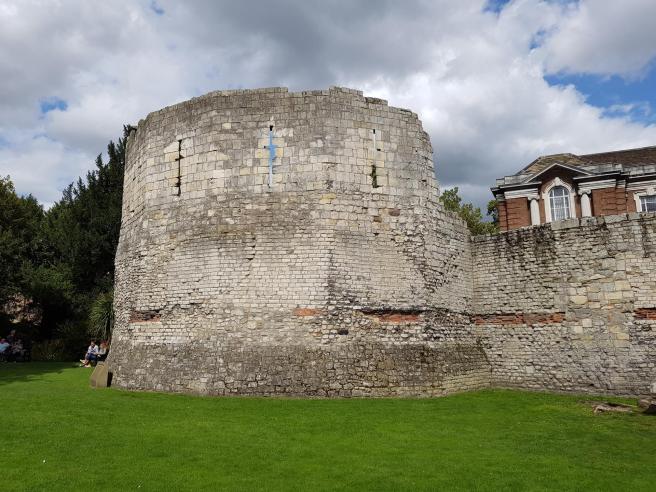 Another hint of the York of this period is found in York Museum.  This is the wonderful ring from Escrick.  It has been identified as of Merovingian manufacture, dating probably to the 5th or 6th Centuries, so a little before the time of Ethelburga.  But the quality of this ring, set with a central sapphire, means that it is likely to have been a royal gift and therefore this could have been given by one of Ethelburga’s direct ancestors, her grandfather through her mother being Charibert King of the Franks. 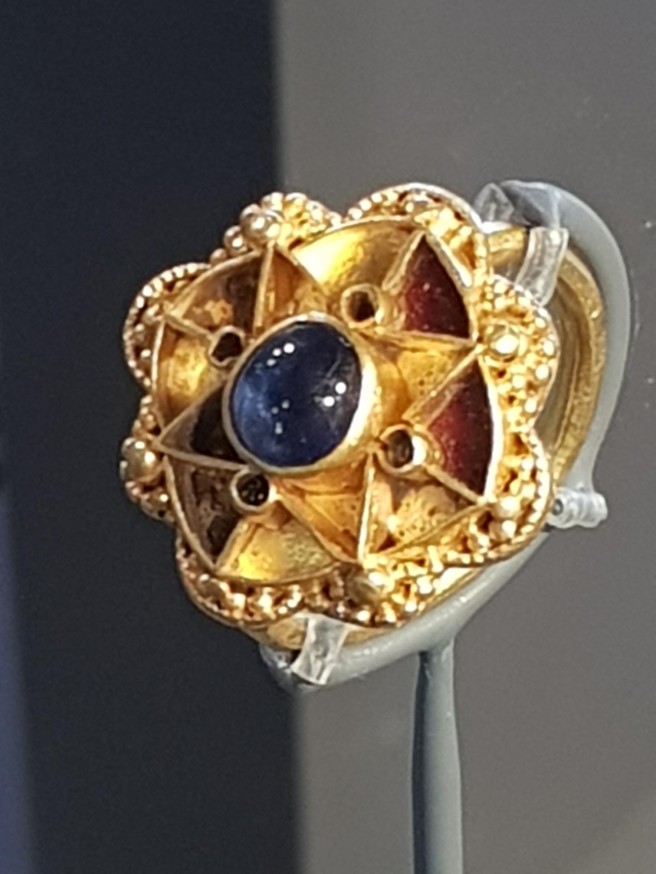