So here is the new path surface complete at last throughout the church yard.  For the first time it is possible to see the outline of the 7th Century Anglo-Saxon church excavated last summer and understand its full ground plan.

Work began yesterday fitting the metal rails that form the mould for the outline of the Anglo-Saxon walls.  These were screwed down into the rubber crumb sub-base for the path. 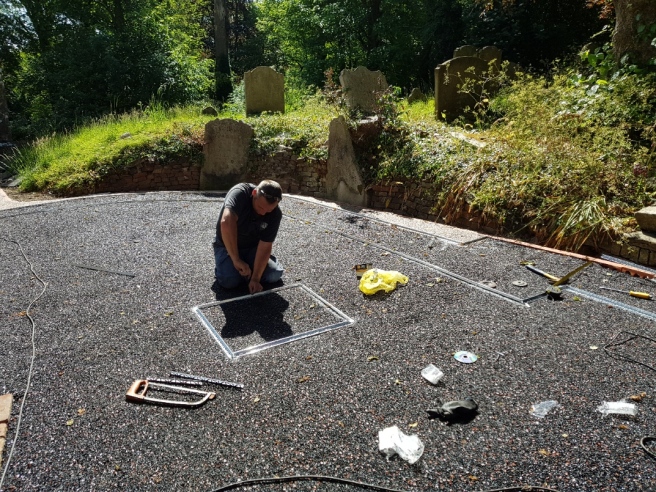 The main path surface was then laid, infilling around the outline of the church.

Once this surface had hardened sufficiently, which was not long in the fine weather yesterday, the walls could be laid out in a paler colour. 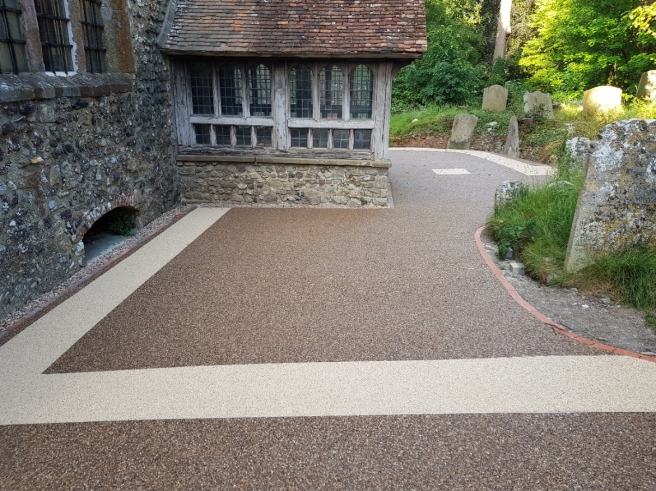 It is now possible to see the full extent of the church and get a good impression of its size.

One hundred years after it was built, we now also have a path leading up to the War Memorial.  This is marked out with the outline of part of what we believe is the residence built by Archbishop Lanfranc soon after the Norman Conquest.

We also have a new path to the north door of the church that will provide step-free access.  Some work still needs to be done to the threshold but this is significantly improving the accessibility of our ancient church. 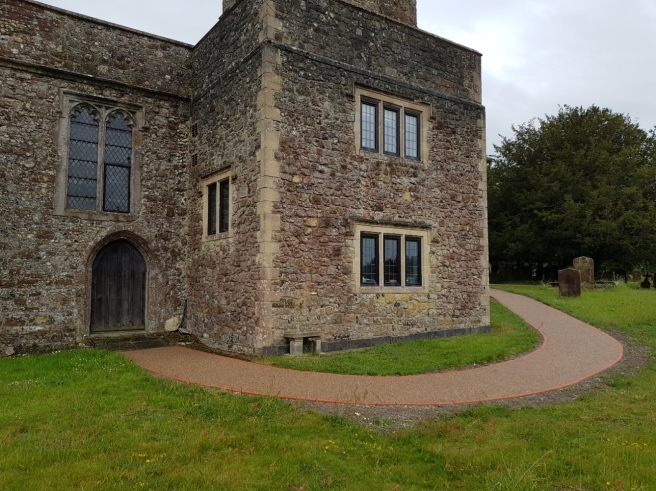 In the coming days and weeks, work will proceed to tidy up the areas disturbed by the excavations and restore them to a good state.  Grass seed will be laid along the path edges to get them re-greened as soon as possible.  Other planting will follow in due course.

It has taken far longer to get to this point than we had ever thought.  The bad weather in the Autumn defeated us then, and later Covid-19 added yet more delay even when the weather improved.  But we are pleased to say that the path is now in place just in time for the church to re-open for private prayer.  Barriers are still up around the south porch to allow the surface to harden fully, but these will be taken down later today and then the path will be fully open for use.