Visitors to the church yard in the past week may have noticed some further progress.  The retaining wall opposite the south porch has now been repaired and consolidated. 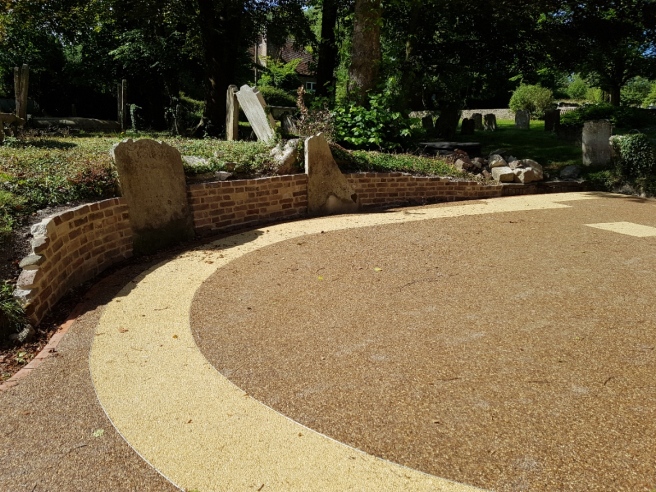 Our bricklayer has done a great job dealing with a real mess.  He has used bricks salvaged during the work to the paths and has mortared only the upper courses, leaving the lower courses unmortared on the advice of our architect to allow water to flow through if necessary. 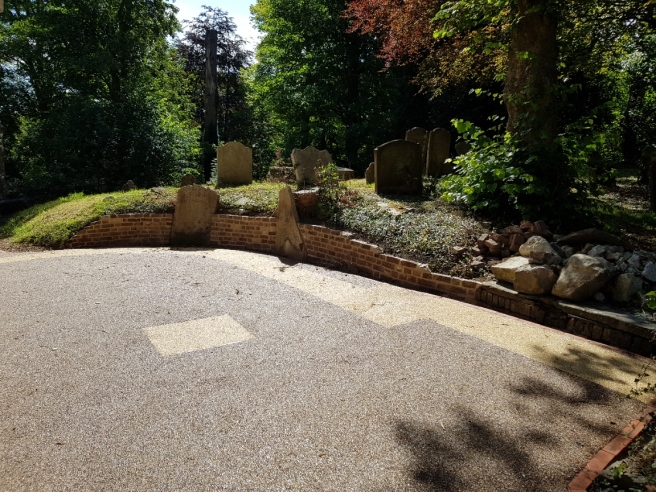 The wall now sits neatly within its surroundings.  If you have forgotten what it used to be like, here is a picture taken almost exactly a year ago as the dig began and the viewing platform was being erected over the graves behind. 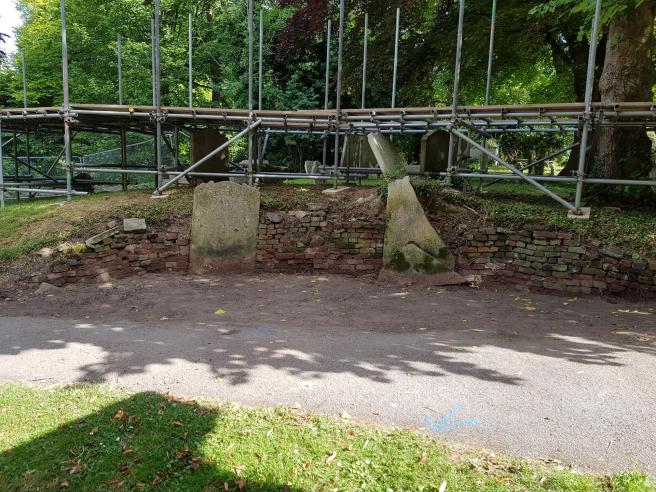 Almost certainly the bricks had been scarcely touched since they were left piled up by Canon Jenkins’ workmen more than 150 years ago.  The picture below was published in 1861.  At last the job has been completed.  Better late than never…

One thought on “Further progress in the churchyard”